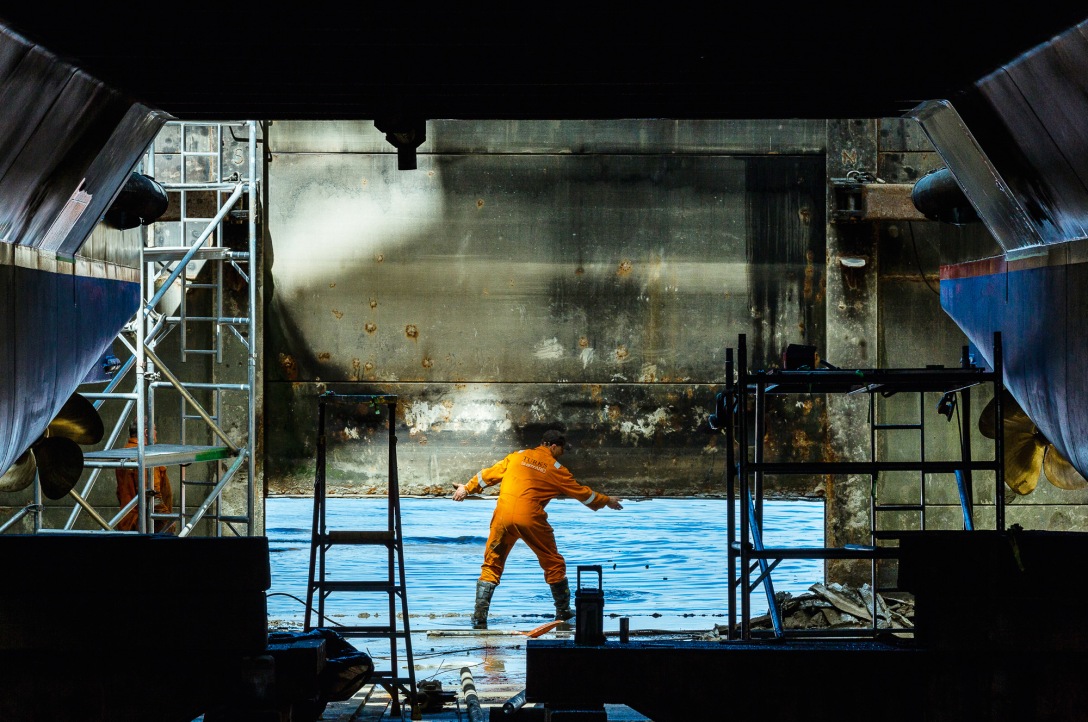 Bea Moyes is a Producer, Researcher and Filmmaker. She has a Masters in Research from the London Consortium, Birkbeck College, and an BA(Hons) in History from Durham University.

Bea’s interdisciplinary work engages with historical research, oral history and essay film. From April to September 2018, she worked as the Research Coordinator on Portland Pathways – run by b-side, and funded by the Heritage Lottery Fund – engaging local residents to uncover the history of the Rights of Way on the Isle of Portland, culminating in a public exhibition, series of maps and artist-led walks. In 2017 Bea was Project Manager for Working River: An Oral History of London’s Boatyards. A heritage project run by the Thames Festival Trust, in partnership with the Museum of London, funded by the Heritage Lottery fund.

As a Producer and Filmmaker, Bea has worked for the Derek Jarman Lab since 2013. The Jarman Lab is an institute of Birkbeck, University of London, specialising in research-led essay film production. She has produced, filmed and edited a number of essay films for the Derek Jarman lab, including the oral history film, Crafting Resistance: The Art of Chilean Political Prisoners (2018). She worked with Dr Luciana Martins  on Many Lives of a Shield (2017), which won the Birkbeck Engagement Award 2018, and was displayed as part of the ‘Plantae Amazoninae’ exhibition at the Shirley Shirwood Gallery at Kew from November 2017 to March 2018. Bea continues to teach as part of the Jarman Lab’s essay film production courses, and runs film courses for sixth-form students, as part of the Hidden Persuaders project. A number of the films produced by students on the course were selected to be screened as part of the ‘Young Voices in Essay Film’ event at the BFI Futures Festival 2019. Bea was Assistant Producer on the essay film series, The Season in Quincy: A Portrait of John Berger, directed and written by Tilda Swinton, Colin MacCabe and Christopher Roth. The film premiered in the Berlinale Special at the Berlin Film Festival in 2016, and was screened at Sheffield Docs Fest, New York Film Festival and at the National Portrait Gallery, and is distributed by the Criterion Collection.

Since 2015 Bea has continued to work with the oral history organisation, On the Record. Beginning with the project, A Hackney Autobiography: A History of Centerprise (2015-2017), she has continued to work with them as an oral historian and archive researcher. In December 2015, Bea completed the London’s Screen Archives film archives course, funded by Film London, which fed into the London: A Bigger Picture heritage film programme. Following the course, Bea was involved in programming the Women in Film LSA film programme, which she presented at libraries and cinemas across London for Women’s History Month 2016. She has also run editing workshops for Londons Screen Archives, tailored at archivists and librarians, and community groups including the Open School East Community Docs Group.

As an independent filmmaker, Bea has worked for a number of clients including Kings College Cultural Institute, the Science Museum, V&A, The Imperial College Centre for Engagement and Simulation Science (ICCESS) and Imperial College Healthcare Trust, Talklab collective, and the Art Workers’ Guild. With a particular interest in the film history of East London, Bea has programmed a number of screenings and film festivals including ‘A Portrait of East London’, at Tower Hamlets Archives in 2017 (part of the exhibition event series for the photographer David Granick), and ‘East London on Film’ festival in 2014, hosted at Birkbeck Institute of the Moving Image. In 2015 Bea, with her partner, filmmaker Timothy Dufort, were invited as filmmakers in residents to the ARC Amazon conservation centre in the Las Piedras region of the Peruvian Amazon. As a result of that project, Bea and Tim produced a series of short films about this region. She has also produced a short fiction film, GUTS, in collaboration with writer/director Eddie Bolger in 2016, which premiered at the East London Film Festival.

If you’d like to get in touch, or were interested in discussing potential projects in film or oral history, you can contact me at beatricemoyes [at] gmail [dot] com.